Leadership is one of the most controversial topics not only in ukrainian community, but in foreign countries as well. We often talk about leadership relating it to political situation: who heads the country, what actions has been done by a peculiar politic to maintain his/her leadership, how a selection process of the candidates for the key positions in the country proceeds and whether irreversible changes will take place, if the right people will chair the right positions. We talk about the leadership  in business and management context: how to build an effective team, how a manager should behave in a critical situations and what lessons could be withdrawn from the management style of others, super effective ones. But very rarely we talk about leadership in light of ethics, morality, ideology. We want to deviate from the discussion of who is the  leader and what competencies he / she possesses and return to the discussion of what the leader should be.

Center for Leadership of UCU in its work applies a conception «Leadership based on character», that was developed by Ian O. Ihnatowycz Institute for Leadership of Ivey Business School. According to the conception, a leader, regardless of the spheres of his/her activity – military, business, non-profit or state sector – should possess a certain list of dimensions, namely justice, courage, humanity, transcendence (11 in total). 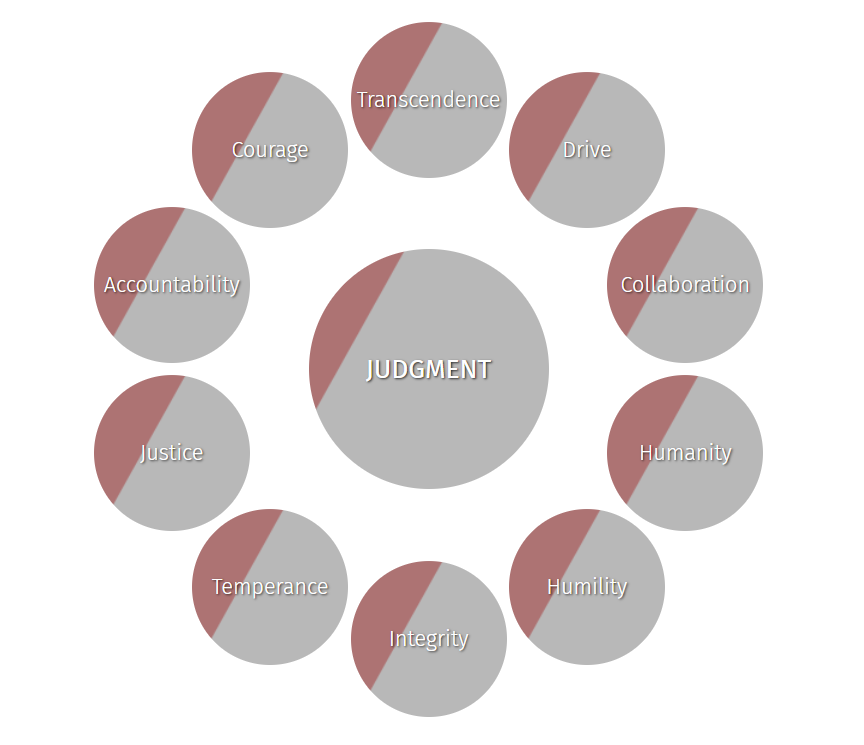 When talking about the leadership, manyfold of experts put emphasis on improving competencies and skills, but at the same time they neglect to flourish character virtues, which indeed form a true leader. Researches from Ivey Business persuasively claim that people can develop their leadership dimensions and that a leadership is not an attribute we are born with, but the one that we can develop and nurture innerly. We believe  that everyone, regardless of titles and positions, potentially can be a leader. Leadership can be learned. This is mentioned by the CEO of Ian O. Ihnatowycz Institute for Leadership Gerard Seijts on Economic Forum in Davos, who stated that “in leadership 24% are innate qualities, and 76% is what can be learned, improved”.

Corresponding to the conception, which is used by Center for Leadership of UCU, leader’s character has 11 dimensions:

You can learn about how to combine and develop all these leadership dimensions at the Center for Leadership of UCU and Lviv Business School of UCU (LvBS) educational programs.