«The war was easily forgotten, it remained only in the news. If everybody could stay there for one week or two, a month to see what is going on, how is there and how difficult it can be… Maybe then, people would change their attitude towards the soldiers at least a bit»

(From the interview with one of the military leaders, taken during the research) 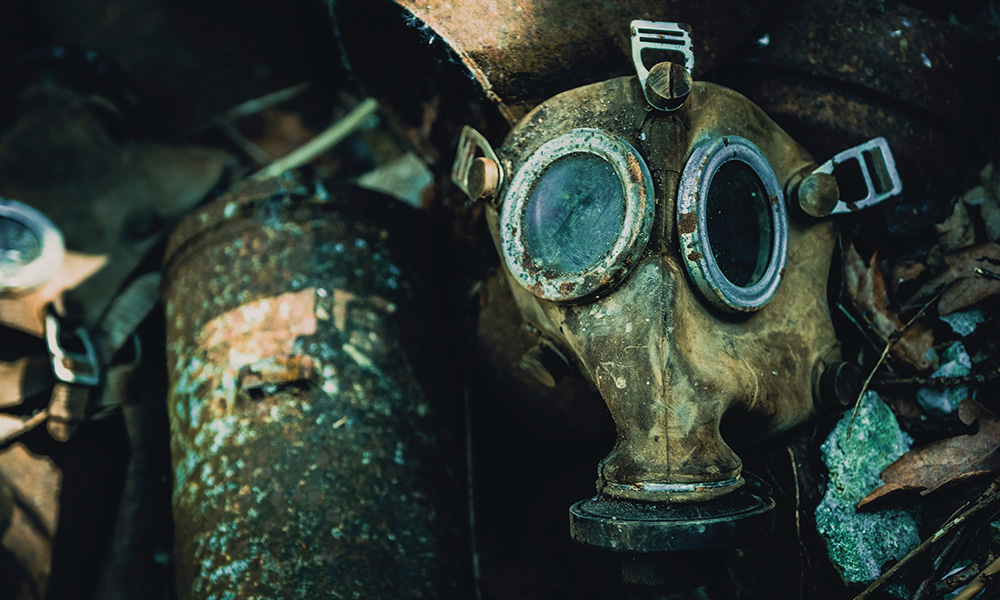 Leadership is one of the most discussed topics both in our country and abroad. We usually speak about leadership in the context of political situation: who leads the country, what a politician has done in order to become a leader, whether irreversible changes will be activated if the right (most qualified) specialists are appointed to certain positions, and so on.

We are speaking about leadership with the reference to business and management: how to create successful team, what the leader should do during emergency, what lessons can be learned from others, ultra-efficient leaders’ management style.

Despite the fact that military conflict has been continuing in eastern Ukraine for the last six years, we know very little about military leadership. We are not aware of its peculiarity, what should be taken into account in order to improve Ukrainian army and what can be learnt from the Ukrainian military leaders.

To answer these questions, the Center for Leadership of UCU organized a military leadership survey. The key results of the project will be presented in this article.

Center for Leadership of UCU exists on the basis of Business School of UCU. Its main aim is to become a platform for launching new discussion on leadership in Ukraine. In our activities we proceed from the concept «Leadership based on character», developed by Ian O.Ihnatowycz Institute for Leadership in Ivey Business School. According to its concept, a leader, regardless of his/her field of activity, should possess certain virtues, including justice, courage, humanity, vision and others (11 in general).

Speaking about leadership, many professionals stress upon the competences and skills development too often, neglecting development of necessary character features (virtues), which create a real leader. Ivey Business School researchers claim that people can develop their leadership virtues and leadership is not an inborn feature, but the one that can be developed and nurtured.

We are based on the idea that every person, regardless of rank or position, potentially can be a leader. Leadership can be learned. Gerard Seijt, Executive Director at Ian O.Ihnatowycz Institute for Leadership, supports this idea and he stated at the World Economic Forum in Davos that «іn leadership only 24% are innate talents and another 76% can be learned and developed».

Our military leadership research consisted of two stages, each lasted about a year. During the first phase we interviewed 30 military leaders [1] (15 representatives of the Armed Forces of Ukraine, 15 from volunteer formations) and 30 civilian leaders (15 representatives of business and 15 civil servants). During the interview each participant with the help of Q-sort method ranked 11 leader virtues and analyzed each character reference.

To make the results objective the Center for Leadership of UCU researchers used the external evaluation of respondent method by listening to interviews and ranking character traits (virtues) of two people who did not participate in the interview. As a result, we put into comparison respondents’ answers and their characterization by third parties.

On the second phase 30 military and 30 civilian leaders self-assessed themselves as leaders. The self-assessment took place on a scale from 1 to 5. Each leader had to self-assess him/herself on 61 questions-statements in the psychometric test «Leadership Assessment – LCIA-360». All the participants of the survey on both stages also answered the questions about their welfare. [2]. For greater certainty we also conducted 6 in-depth interviews.

Taking into account integrated design of the study and the fact that the results of both phases have similar outcomes, we can assume that we managed to make fairly objective conclusions, which will help us better understand the peculiarities of military leadership in Ukraine and can be useful data for reforming the country’s military sector, and for the training of military leaders in particular.

The only virtues that members of the military possess at a critically low level are humanity and humility. Speaking about humility we mean ability to respect other people’s interests, to empathize, to sympathize and ability to forgive as well as ability to take things one cannot change calmly. Humanity presupposes a high level of self-awareness, a feeling of gratitude to those, who help the leaders to achieve their goals and targets, respectable attitude to both co-brothers and opponents.

The relationship between leader’s character and personal well-being

The results clearly demonstrate that army men’s psychological and emotional level is slightly lower that civilians’, while the level of social welfare is much lower. Military leaders don’t realize that they do something important. They are not convinced that their contribution to society development is valuable and wields major influence on changes in the country. Military men’s low social well-being is a great challenge for both the government and society as a whole. Our survey provides some guidance on which way to choose and how should we work in order to improve army men’s social well-being.

«Society and the army are inextricably linked. It is a pity that sometimes it is necessary to prove people that the army belongs to them. You serve it, and it serves you»

It is connected with the peculiarities of their activities, as far as military leaders are educated on patriotism, respect to comrades-in-arms, and accomplishment of honorable mission of serving the Motherland and protecting its people. Thus, it becomes clear that one of the preconditions for improving the military leaders’ social well-being is the development of their emotional intelligence.

Secondly, it was found out that such a virtue as humanity has positive impact on personal well-being. As it was mentioned before, the survey data demonstrates a low level of this virtue development among the army men in comparison with non-military leaders. This can be a result of a lack of a humanitarian component in education (training programs) and the daily reality of the military.

Thirdly, it was crucial for us to understand if leader’s character development has impact on his/her social well-being. We have clearly seen this connection for civilian leaders. A leader whose all 11 virtues has been highly developed is more socially satisfied, feels his/her significance and influence in the society, is self-aware as a part of socio-political processes in the country or community. At the same time, if we speak about military leaders this connection doesn’t exist at all.

Therefore, we have made a conclusion that development of virtues previously described in the concept «Leadership based on character» simultaneously will have slight effect in military leaders’ social well-being improvement. This testifies the deepness of the military men’s low social well-being problem. As a result, the military, as a role-model leaders are losing the desire and motivation to serve in the army, because they are unaware of their role and influence on Ukrainian society and don’t feel any relation to civilian population.

«Soon my subdivision will return from the battlefield and there will be a meeting organized for them. And this meeting will be «loath» for all: for schools, for state administrations, for army men’s relatives, for teachers and for the military themselves. Maybe it’s not so kind to say this, but we often feel insincerity during these meetings. A soldier is a very good psychologist, able to see everything at once. First, all these poems in state administrations, and then complete disregard concerning everything that is happening in the east… I would like to communicate with civilians more and explain them more about the situation, and I would like to feel their support. But to achieve this we need to create some new model of communication, not all these old-fashioned flaunty meetings that remind us the USSR, not modern Ukraine».

What conclusions can be made in order to improve the situation with military leadership in Ukraine?

Veterans should be able to remain active members of society and continue to work in the public and private sectors after completing their military service. It is important not only from the social point of view, but also from the economic one, as far as state spends a lot of money on armed forces personnel training, especially those with high leadership qualities.

«In a point of fact, people who got through combat zone from one side are professional killers, but from the other – have vast leadership experience. If you channel it into a right direction, it will prove out and bear great fruit. If you leave it to its fate, it can negatively affect the society. The state should take a leading role here and put into practice new strategy and holistically be responsible for the members of the armed forces support from the moment of their acceptance into service and until their discharge. But, at the same time, civil society and business should remember that military leaders’ skills sets and virtues ought to be used for the good of society, we should support them and give a helping hand to Ukrainian heroes».

The text was written by Yaryna Stepaniuk, a researcher at the Center for Leadership of UCU

[2] By well-being we mean the feeling of happiness and satisfaction with one’s life in terms of three aspects of well-being (emotional, social and psychological).

* More articles of the fourth edition of business- publication «Insight Inside» by #LvBS can be found here.