“Everyone who dives and starts a fight must learn systematically,” and “the rival can be frightened only by stubbornness, values and understanding of what you do”: what leadership in the present-day Ukraine should be, what accompanies it and what challenges it faces – participants of the frank discussion #IntroTalk at new UCU Center in Kyiv were talking over.

“When we talk about leadership based on character, it seems that we are talking about something very Ukrainian. I look how our attempt to modernize is developing, I look how we are trying to solve the main security issue being at the heart of the Ukrainian values. When we talk about development of Western countries and development of Ukraine, we see one feature: all of them took advantage of security they could borrow at the time they could not cope themselves,” – explains Yevhen Hlibovytsky, the meeting moderator, Managing Partner of pro.mova consulting company. However, taking into account Ukraine’s long chances of joining NATO, what Ukraine can rely on? “What do we have, apart from our character, apart from the fact we have no desire to repeat the experience of the twentieth century? And what do we have, except traits we tempered for these six or seven fantastically complicated previous generations? Will our character be enough not only to hold back the Russian troops for 3-4 months, as it was in 2014, will the forces be enough to reform exclusively in euphoria when several enthusiasts jump into offices trying to do something, or not? Do we still mean that character is not enough, that it can not be infinite?” – Yevhen Hlibovytsky asks.

The example of genuine leadership, ex-chief of Odesa Customs of the SFS of Ukraine, Yulia Marushevska is convinced that real reforms can be implemented through leadership based on internal drive and impulse. This is what keeps the true team together and helps to form a vision of where to move and what for. “I am convinced that it is in principle impossible to carry out reforms without euphoria. Reforms can not be implemented without drive, especially when you are in the minority, when the rival is much stronger. The rival can be frightened only by stubbornness, character, values, and understanding of what you do. You can move mountains, if you have different values system than just making money! But the issue of equilibrium is important: competent and qualitative understanding of what you are creating must accompany this drive,” – Yulia Marushevska emphasizes. According to her, any component should be filled with values, global strategy that should be included into the state strategy. And in case of real demand for changes, it must be irresistible.

Former Deputy Minister of Defense, Advisor to the Minister of Infrastructure and Chair of the Supervisory Board of Library Country Charitable Foundation, Yurii Husiev believes that leadership based on character is especially peculiar to the Ukrainians. “This brings us closer to feeling that there is a certain mission far more important than personal interests. Leadership for me is three very simple things: teamwork – no leader can work without a team. Second: responsibility, first of all, to the team members. Third: serving. It consists in the fact leaders have to put interests of the team, the state higher than their personal,” – Yurii Husiev said. In his telling, based on Francis Fukuyama’s thoughts, institutions are stronger than character or talent of individuals. But when there is a window of opportunities – it is the character that can change the institutions and destroy the old system.

Founding Dean of Lviv Business School of UCU, Vice Rector of Ukrainian Catholic University Sophia Opatska summed up the discussion: “The UCU has three important traditions we have united into the “Three “S”: state, serve, socialize. Thank you for speaking up here since you are perfect example of this statement. And I especially thank you for declaring your readiness to serve in the future. To my way of thinking, the main #treason in our country now is that people are not ready to serve more. If we remember that despite this we are the majority, then we will preserve the belief that this country can really be changed!” – Sophia Opatska emphasized. 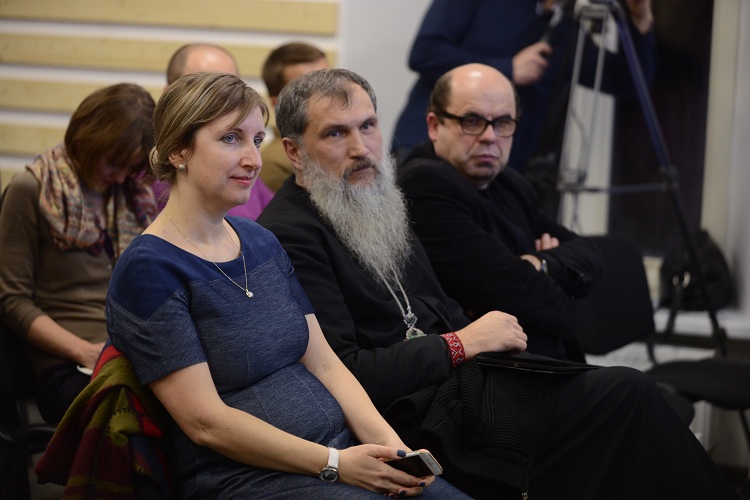