What virtues do Ukraine’s leaders lack? What traits of character allowed Nelson Mandela uniting the country and become a national hero of the RSA? What effective governance begins with? What is the role of board of directors for the organization success? 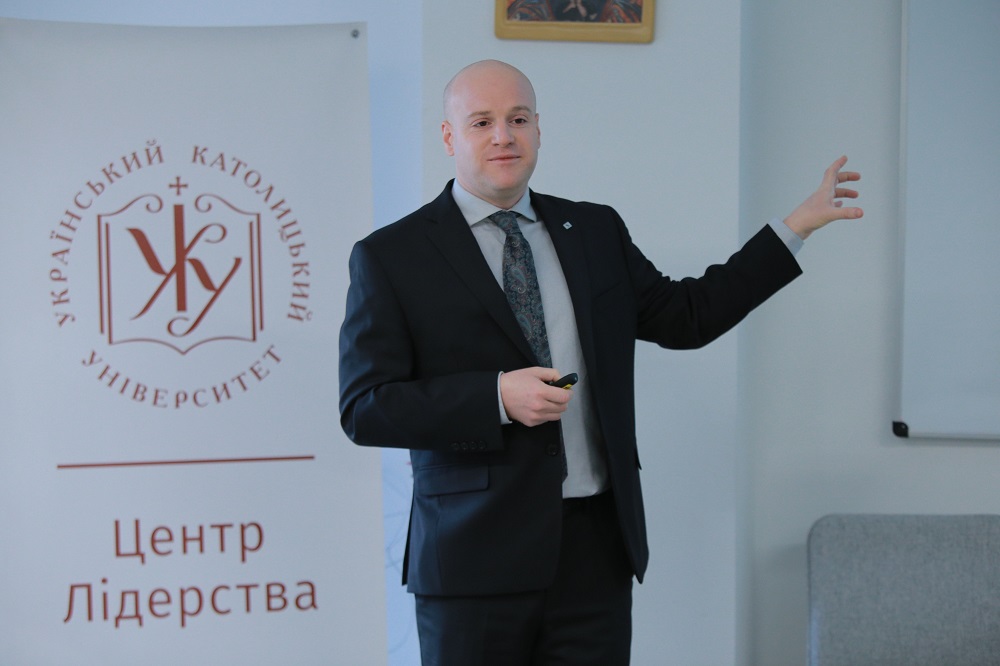 Center for Leadership of UCU together with Lviv Business School and UCU School of Public Management held “Efficient Leadership for Good Governance” training program with professors from Ivey Business School – Lucas Monzani, and Columbia University – Gregory Mius. The training combined the idea of ethical leadership with effective governance tools in organizations of private and non-profit sector. The program distinctive feature is that participants representing both private and public sectors worked in one group, thus creating a special dynamics and synergy within the group. 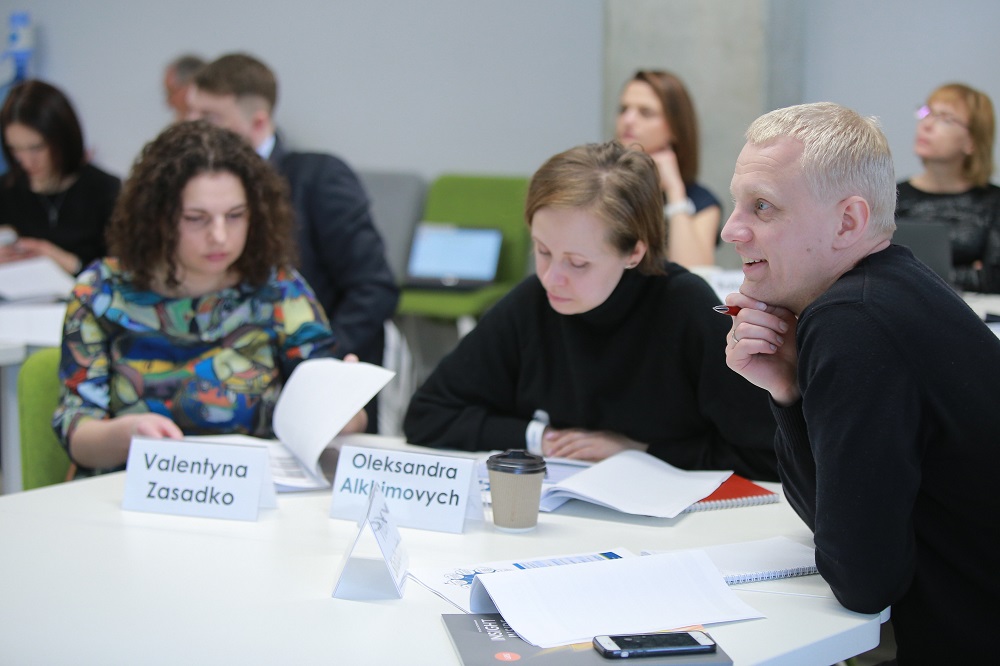 The training is based on using case-method, the participants worked on private sector challenges, considered complex internal challenges of the Canadian company, as well as the case of the Ministry of Defense of Ukraine developed by the Center for Leadership of UCU in partnership with the Ivey Business School. The case outlines the history of the so-called “volunteer landing force” – activists and volunteers who worked in the ministry after the revolutionary events of 2013-2014 and targeted at introducing changes in defense of Ukraine.

The participants reviewed leadership challenges faced by a group of reformers in the ministry using a character-based leadership model. According to this concept, not only competencies are important for leaders but also virtues and character, as well as devotion. Using Kotter’s 8-step model participants learn to manage changes and look for ways to transform their organizations.

The participants have analyzed the successes and failures of the “volunteer landing force” and its leadership example together with the principal character of the case Yurii Husiev: “An example of volunteer landing force is the example of new transformational leadership during the war for Ukraine’s independence. The case demonstrates responsibility for the country and willingness to serve in the most difficult times of its history by changing institutions and destroying the inefficient system.” 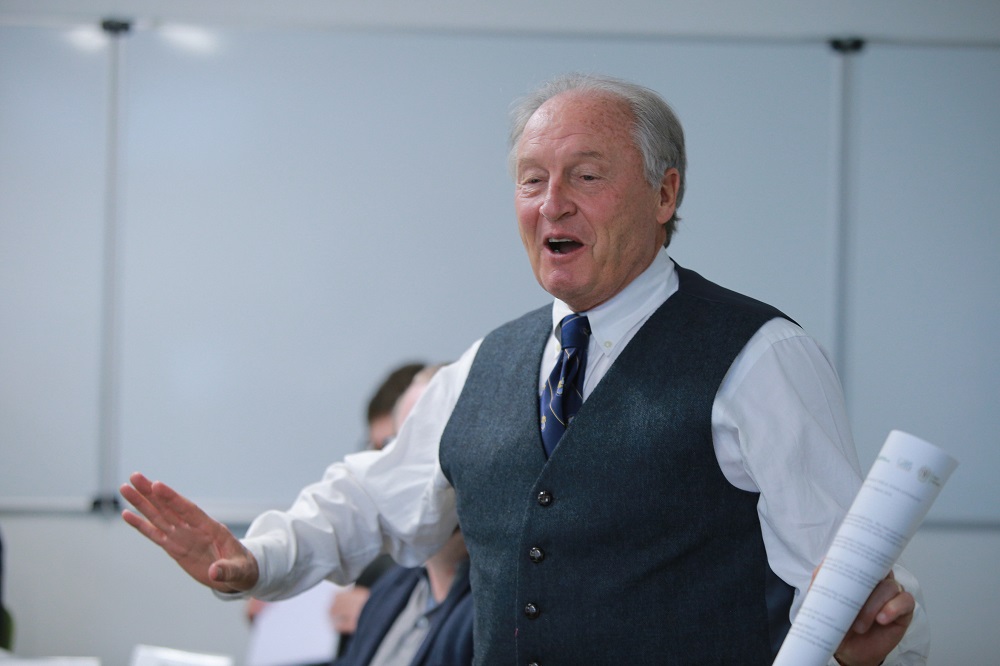 Together with Gregory Mius, the participants learned why efficient governance starts with creation of a board of directors and how to implement corporate social responsibility principles in an organization. All aspects of the boards’ work are being considered within the course: how to set strategic directions for organization development? what is the difference between governance and leadership? how effective functioning of the board may be ensured?

In the course of the program development the best world practices of leadership training have been taken into account: “We relied on the results of the study of Civil Service College of Singapore Institute for Leadership and Organizational Development, which clearly demonstrates that three components are important to overcome dysfunctions in organizations (first of all, corruption): leader’s character (relevant virtues), followers’ culture, and institutional support for the processes. That is why the program is structured to focus on these three pillars. Singapore’s experience has inspired us to form a group of participants. Close cooperation between the public, private, and nonprofit sectors has been established in Singapore. They create three forces that control each other about corruption and help in development of the society and the country. That is why we have invited a group of representatives of political forces, reformers and civil servants, CEOs of non-profit organizations and big business to the training group,” – concluded Andrew Rozhdestvensky, CEO of Center for Leadership of UCU. 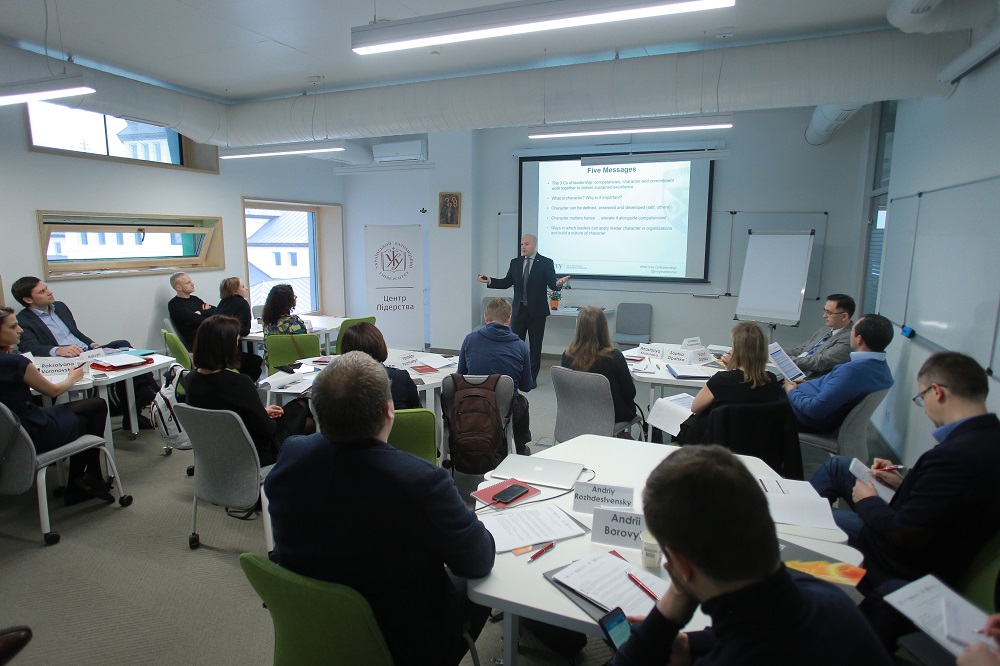