Fear, distrust, uncertainty about the future and many other things were caused by COVID-19 pandemic. And it has repeatedly shown the leader’s role in the community, and specifically – what are consequences when we lack character. 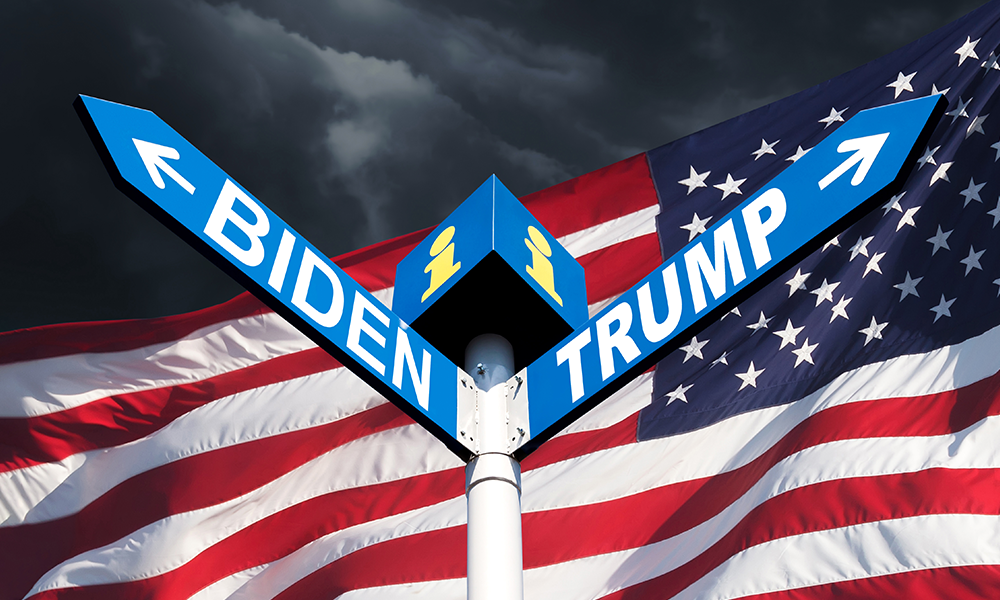 Today everyone speaks about the presidential election in the USA – in the country with democratic principles, developed economy and united nation that has come through not an easy path in history. Current situation brings about manifold of questions, to find answers on which is not that simple. So what do these circumstances teach us, what lessons can be taken out of it?

Leadership of new reality is about vision, humility and courage, humanity, it’s about character in general. It’s about temperance, justice and responsibility, about internal and external integrity, about ethics in everything. This is about drive, accountability and collaboration,it’s about  judgment penetrated everywhere.

Donald Trump is the USA 45-th president,  «he was controversial, profane and used racist rhetoric, offering up grievance-filled tirades that portrayed himself as the victim» [1]. He was a leader according to the position, but was he a leader according to morality? Do not Americans experience the destructive results of so-called bad leadership?

According to US presidential election 2020 results (The Associated Press), Joe Baiden is the winner. But the world is watching how such a large-scale country is being half-divided, how relatives protest against relatives, how the common goal instead of bringing together makes a huge distance. This atmosphere is not resulted only by election campaigns, as it was preceded before by many other obstacles.

We have witnessed how world’s leaders, among which are Angela Merkel, Justin Trudeau, Sebastian Kurz, Jacinda Ardern, have been doing everything possible and impossible in the global fight against the spread of the virus.

At the same time, Donald Trump has not even tried to put on the national level the priority of this question. «He has refused to wear a mask, setting off a culture war in the process as his followers took their cues from him» [2]. On the same side of the barricade – Vladimir Putin, Alexander Lukashenko and Jair Bolsonaro. They have used populist slogans to keep positive ratings at the cost of people’s health.

Can we talk about justice, vision and humility when accusations are being made without providing any evidence to support it [3]? Do these actions depict temperance, judgment and courage? Will the country manage to heal after the trial? We leave the answers to you.

Joe Biden’s win is an impersonation of hope on justice, on the better future. This is a rebirth of leadership forgotten by Americans, that is leadership, in which character does matter.

In 2020 people need, more than ever, true leaders. Leaders who know how to prioritize and be an example, to accurately evaluate risks and minimize them, to show empathy, calm, transcendence and assertiveness, to set standards and stick to them, to have vision, values and guiding principles.

It would seem that those times have come, when the need for unity, collaboration and common efforts is an apparent driver to win. There are, sadly, barriers that make this path difficult. Efficient tool for fighting is in your hands. This is the development of your leader’s character! By improving it, you will become one step ahead to implementing crucial changes in your country!