Whereby is leadership important at macro levels, why propaganda helps to create leaders and what should not be done with own ideas? We have outlined three messages for leaders from Iryna Podolyak, People’s Deputy, First Deputy Chair of the Verkhovna Rada Committee on Culture and Spirituality. The meeting with Ms. Iryna was arranged by UCU Center for Leadership within the Celebration week. 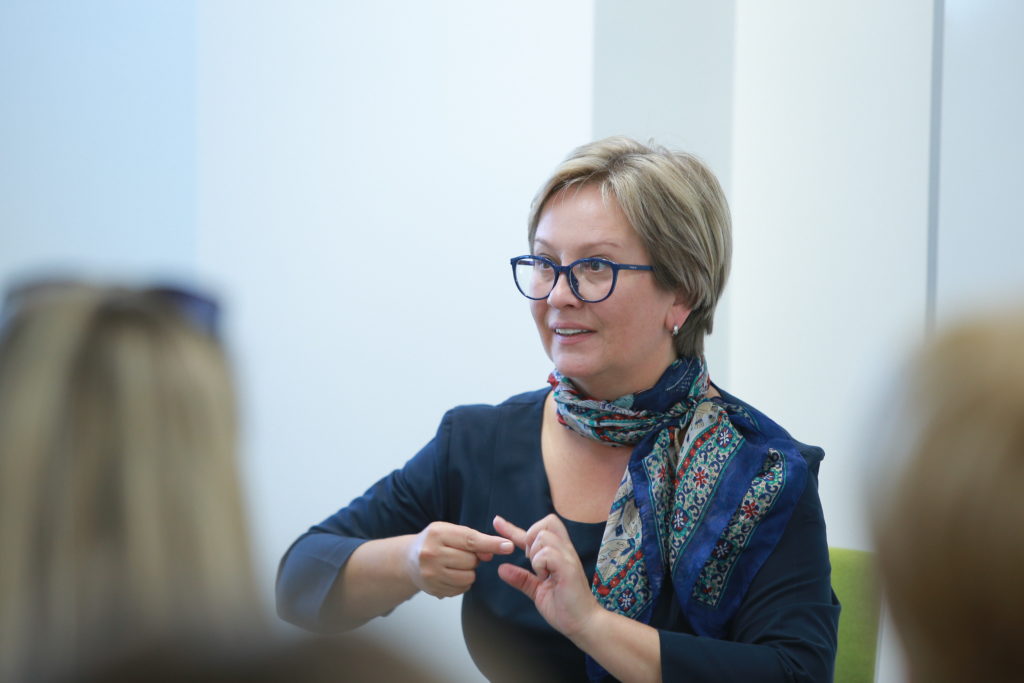 Leaders often come out at a micro level, Iryna Podolyak says and gives an example of Lev LPUC – Lviv company handling homeless animals in the city. Positive changes began there at the initiative of one person. “Seven years ago, my colleague Uliana Svidzinska wrote a project where she asked to consider the possibility to reorganize Lev LPUC, which at that time was in a catastrophic condition, filed it with the European Commission and won. And this was a small beginning, which depended on one person and led to the fact that we now have a company with a completely different philosophy, values and appearance, – says Iryna Podolyak. – In this particular situation Uliana undoubtedly was the leader, she promptly realized that problems with animals are not animal problems but people’s problems”.

According to Iryna Podolyak, everything is reduced to the fact that leaders are among us and they often crystallize in micro-projects, and sometimes just “spring up” and immediately appear at the country level: “For example, EuroMaydan gave us a lot of leaders, people, whom we did not know but who became leaders for one reason or another. People started listening to and joining them. Then these leaders were forgotten or attitude toward them was reconsidered for some other reasons”. 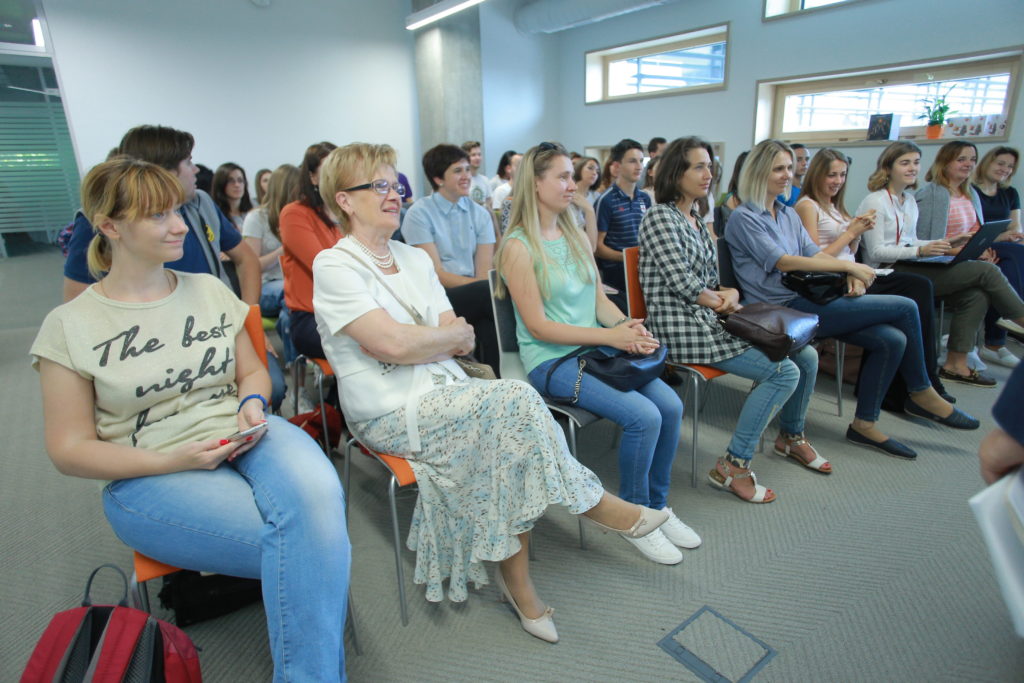 Propaganda also helps to create leaders, says Iryna Podolyak, – media, virtual, real … And to understand who is a leader and who is a pseudo-leader, critical thinking is needed.

“Our post-Soviet education system, unfortunately, did not contribute to development of critical thinking, understanding of human rights, basic legal education, so today we have several generations of people susceptible to manipulation, while others consider these manipulations, propaganda to be as a justified method, an instrument pleading the circumstances. And that is why these leaders, by definition, affect people who have no critical thinking expecting someone to come and solve all their problems,” – Iryna Podolyak is convinced.

The shift of responsibility for one’s own life to some leader is irresponsible and only reflects the fact that our society is still being formed. “But it is pleasing that there is positive dynamics and the number of people who are ready to assume responsibility for the state, for their lives is gradually increasing,” – the People’s Deputy adds. 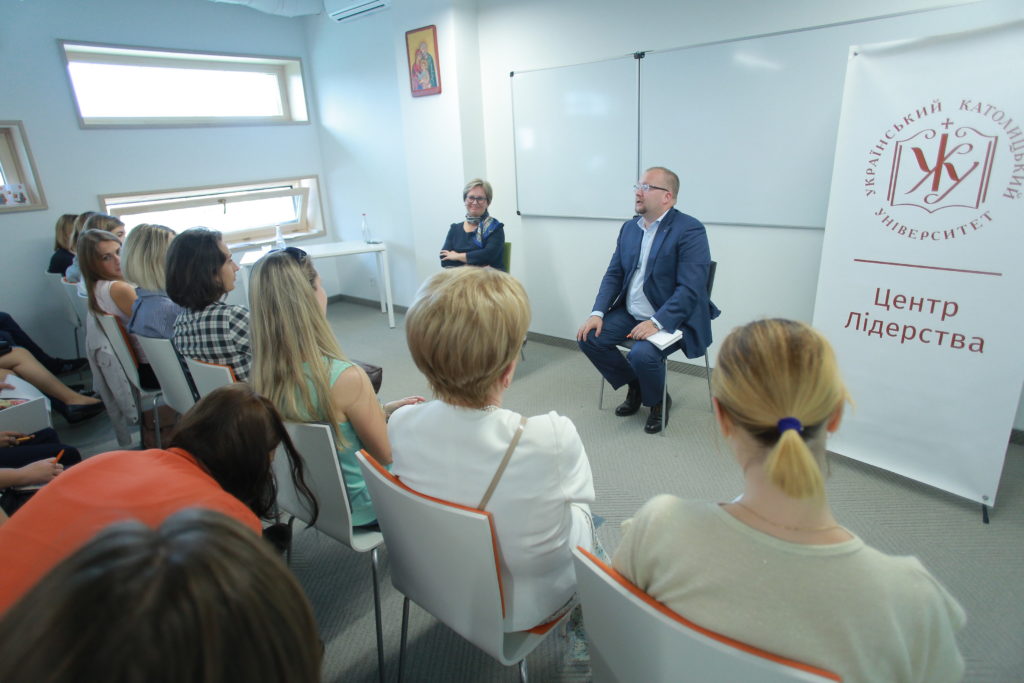 “Do not impose your ideas on anyone”

Another interesting thought by Iryna Podolyak relates to responsible attitude towards our own ideas: “People often come to me saying: I have an interesting idea, I know how to implement it but could you be the one to come up with it? – says the speaker. – If you have ideas, even based on the public welfare, you should understand these ideas will not be implemented by anyone but you and people who share them. Do not impose your ideas to anyone, be responsible for their implementation. All your ideas about a city, country, education, organization, small PR agency or online media are just your responsibility”.